A Subsidiary Of Vision Group 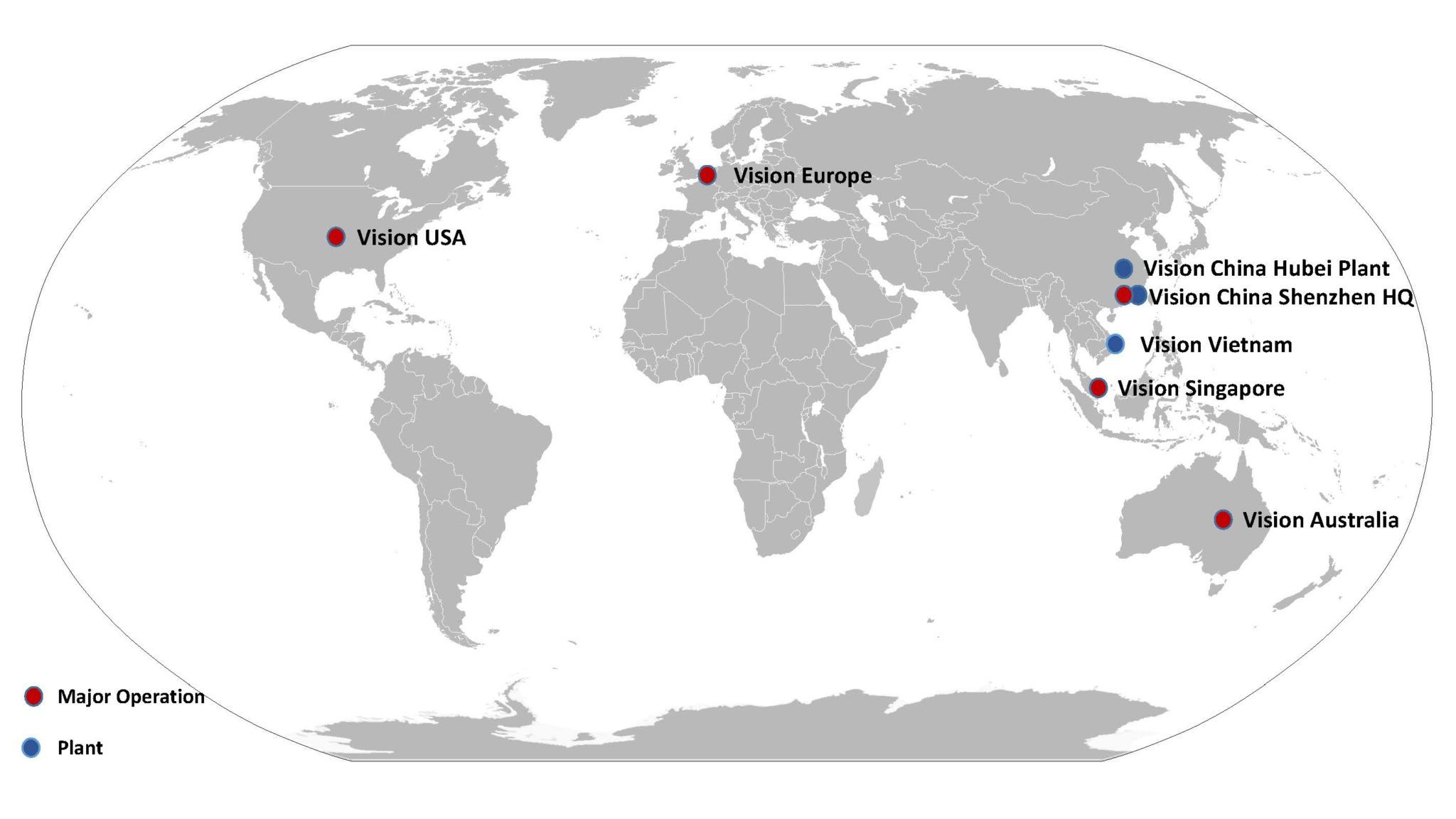 Vision Group is one of the Largest Battery Manufacturers in the world.

Vision Group was founded in 1994, with headquarters located in Shenzhen China. After 20 years of development, we have three industrial locations in Shenzhen China, Hubei China, and Vietnam, which total area, covers 2.8 million square feet. Today, we have more than 3,500 employees, and the total production capacity is more than 3,300,000 KVAH per year.

Vision Group is also the first to Develop and Commercialize the Valve-Regulated Lead Acid Battery (VRLA).

We have one of the largest and most qualified Research and Development teams among VRLA manufacturers. With many years of experience in the development of new products to meet customer needs, we have created the largest variety of models and chemistries.

Vision Group has one of most extensive product ranges in battery industry.

Green Our Earth. Power Your Vision.

2012
Vision Singapore was established;
the Plate Factory in Vietnam was put into production.

2010
The “VISION” trademark was honored with” Famous Trademark in Guang Dong  Province”.

2009
Vision Europe BVBA was founded in Belgium. A New Industrial Park was built in Vietnam.

2008
The turnover of Vision Group reached to 1.5 billion RMB, in which the exports have been up to 200 million USD. The LiFePO4 project of Vision Group successfully involved into the China Torch Program with the annual output of 150 000 KVAH.

2003
Vision Technology Co., Ltd(VTC) was founded as a high-tech company specializing in research, manufacture and sales of Li-ion batteries, which locates in Center Power Industrial Park.

2000
Become the largest exporter of lead acid battery in China.